As you guys may have noticed, I have not posted for the last 2 weeks. The only reason I’m managing to post now is because I’m on Thanksgiving break (lol and it’s still 15 minutes until Thursday here, whoops). As this semester has been coming to a close, I’ve found myself stressed and swamped over all that I have to do for my classes and I have not been able to find the time, energy, nor motivation to post. Thus, I am announcing a semi-hiatus until my semester ends in the middle of December. I will be around to respond to the comments of this post and I also plan post a November Wrap-Up at the end of this month, but besides that, I will be absent and focusing on college. Thank you guys so much for understanding; I can’t wait to be fully reunited with guys come winter break! 🙂 ❤

Now for a brief update on my reading:

(For those of you who don’t know: WWW Wednesday is a weekly book meme hosted by Taking on a World of Words where you answer 3 ‘what’ questions about your reading.)

What are you currently reading?
(again, a lot)

What have you recently finished? 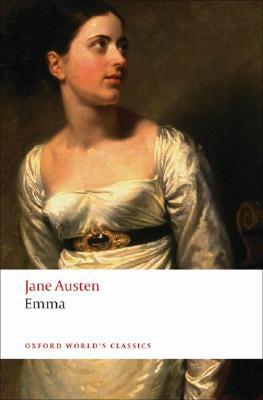 As always, I loved Austen’s writing, but as for the rest of the book? Not a big a fan. Emma is annoying, not a lot happens plot-wise (I swear like a third of the book takes place inside Emma’s thoughts & imaginations), the romance is kinda creepy, and the ending was too easy/passive (Emma did nothing to bring about these resolutions).

What books are you currently reading? Any books you’re looking forward to reading? What’s your favorite Jane Austen novel?

If you’re in school, are you hanging in there? (If you’re managing to blog while also balancing school, can you give me tips?)

Wow, hello my fellow readers! I feel like I haven’t been on here in awhile, even though I sort of have?? I don’t know, I’ll pop in for a few minutes here and there, but I haven’t had the proper time to dedicate to blogging in awhile and I miss that (and you guys)!

I won’t spend long on this introduction because writing intros are not my strong suit but also because I need to get back my staying on top of/getting ahead on my homework because ON THURSDAY I’M GOING TO SEE SARAH J. MAAS ON HER KINGDOM OF ASH TOUR!! (Not looking forward to all the driving my friend and I will have to do though). Lowkey, I keep kinda of forgetting this is coming up, and omg how has the book already come out? I so wish I could jump into the book when I get my copy on Thursday but there’s no way that I’ll have the proper time to dedicate to reading the book if I do, so I don’t think I’ll read it until December after this semester ends, ahhhhh.
(Was I coherent? I no longer know anymore)

For those of you who don’t know: WWW Wednesday is a weekly book meme hosted by Taking on a World of Words where you answer 3 ‘what’ questions about your reading.

What are you currently reading?
(a lot, lol)

What have you recently finished reading?

What books are you currently reading? Any books you’re looking forward to reading? If you’re in school, are you hanging in there?

Holy crap, this semester is keeping me insanely busy! I’ve gotten so much reading homework, and while it’s interesting most of the time, it’s not what I truly want to be reading and ahhh, my brain feels like it’s turning to mush.

I’m already failing at my plan to post semiweekly but I wanted to make sure I at least hopped on to WordPress real quick tonight (it’s currently midnight in my time zone) to give you guys a quick update on all that I’m reading (and not reading) currently.

Hopefully I’ll be back again this weekend with a book review or book tag! 🤞

For those of you who don’t know: WWW Wednesday is a weekly book meme hosted by Taking on a World of Words where you answer 3 ‘what’ questions about your reading.

What are you currently reading?

What did you just finish reading? 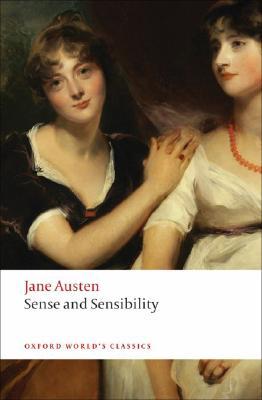 First book down for my college courses this semester! This is the 2nd Jane Austen book I’ve read (the other being Pride and Prejudice a few years ago). I really enjoyed the characters and the story, but I must be honest; I was not a fan of the time it took for me to read this book (getting use to the language every time I sat down to read took me awhile).

The characters of Elinor and Edward though. 😍 I can’t wait to watch the movie adaptation later this week and see all this characters brought to life! (it’s a homework assignment! Praise the lord, I’m soooo excited)

As I just mentioned, part of my homework for my Jane Austen class this week is to watch the movie adaptation of Sense and Sensibility, which we’re following with readings from a book about the screenplay and how the movie was produced!

In regards to “fun reading”, I will be reading To All the Boys I’ve Loved Before again this year (I literally just read this on July 31st) for my book club (which I am the co-founder and co-president for– aren’t I fancy?). Ahhh, I can’t wait to talk about this book with other people in real life (and perhaps this time around I’ll actually write & post a review for the book? We’ll see…)

Oh gosh, I just know this post is full of awkward sentences and grammatical errors, but I’m too tired to read over this post ten millions like I usually do (sorry!). I need sleep so I can pay attention in my grammar class tomorrow! 😁

What books are you currently reading? Are you back in school? How’s it going?

Publisher: Duet Books (the YA imprint of Interlude Press)

I hate reviewing books so poorly before they’ve even released, but The Navigator’s Touch was a disappointment. It was boring most of the time, lacked a greater sense of plot, and the protagonist was annoying and unlikable.

The Navigator’s Touch is a companion to the f/f romance, little mermaid retelling, The Seafarer’s Kiss (which is also inspired by Norse mythology). This book can be read as a standalone, given that it essentially spoils the entire plot of the previous book, so if you’re at all intrigued by either of these books, definitely pick up The Seafarer’s Kiss first. In this book though, we are given the perspective of Ragna, a shield maiden who has now gathered a ship of (untrustworthy) men to reclaim her village and extract revenge on the invaders who destroyed it and murdered her family. With her shapeshifting mermaid lover by her side, Ragna takes her crew to Skjordal to ask the Jarl (leader) for aid. In order to save her village, Ragna must figure out how to handle not only her unruly crew and the trickster god, Loki, but also herself.

Something that I appreciated about this book, and that I commend the author for doing, is listing trigger warnings. And not only does Julia Ember list general content warnings of “violence, depiction of kidnapping” at the back of the book, but she also breaks it down into specific, chapter-by-chapter warnings. I thought this was really admirable for an author do.

And though I wasn’t a big fan of the plot, I really did like the idea of the story, especially the Norse mythology inspired aspect. I feel like these types of mythology retellings aren’t as common, and I appreciate the uniqueness of this characteristic. Additionally, I appreciated how Julia Ember included a glossary of the all the Old Norse terminology at the end of the book.

Besides these two awesome characteristics of the book, the only other thing I liked about the book and what held up my rating for the book, was Ersel’s character. She’s such a badass, and the fact that she’s a shapeshifting mermaid is so cool. Not mention, she’s so pure and innocent, yet still strong in her own way and ahhhhh, Ersel, you deserve better than Ragna. I also really liked Ersel’s decision at the end of the book, but I won’t say more for the fear of spoilers.

Okay, now prepare for some intense critique. The plot in this story, if you can even claim it has a plot, is extremely weak. The plot is awkwardly stretched out, and the “obstacles” only require a brief amount of effort on the part of the characters. Any interesting scenes are quickly rushed through. Important plot points weren’t given the time they deserve. Most of the time, reading this book felt like a chore.

And alongside the horrendous plot, the narrative is told in a strange timeline. The first chapter is takes place in the present, followed up by a flashback that lasts three chapters. The flashback both starts and ends abruptly. I understand scattered brief flashbacks, but to do it all in one big go, and after only one chapter? It was bizarre and awkward. The story would have been a lot stronger if the author had opened up with the flashback, or dispersed it in little pieces throughout the novel. In addition to this extensive flashback, there’s a lot of exposition used to catch readers up on the events of The Seafarer’s Kiss. The reader literally learns the entire plot of the previous book through this extensive summarization.

And my final complaint for this book is about the protagonist, Ragna. She’s not likable. She repeatedly disrespects her lover, Ersel. She’s always apologetic afterwards, BUT SHE DOESN’T STOP. In all honestly, she’s rude to most of the people around her. I wish that the author had written the second book with Ersel’s perspective instead (she’s the protagonist of the first book).

Overall, I’m so glad I’ve finished reading this book so I can move onto better ones. The Navigator’s Touch was cheap, boring, and awkwardly plotted. I will have to continue to keep a lookout for good Norse Mythology retellings and mermaid stories, because this book was neither.